Liverpool host Manchester United in the big derby of England this weekend. The 23rd round of the championship will be played on Sunday, January 19, starting at 6:30 pm at Anfield. 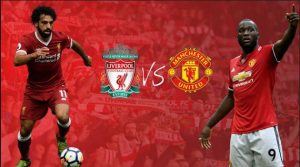 Manchester United are the only team so far in the Premier League this season to score against Liverpool. The first half-season match between Old Traford’s two teams ended in a 1-1 draw. In the upcoming game, are the Red Devils able to break the winning streak of their big rival, and why not see something more sensational – Liverpool’s first defeat of the season in the Championship?

The hosts are the convincing leader in the championship with an asset of 61 points after 20 wins and 1 draw in 21 games. The Reds are less than the other teams and still have 14 points more than second Man City and are 16 points ahead of third Leicester City. Liverpool is the unprecedented home team of the league, having won all 11 of its Anfield matches. The Reds have scored 29 goals and have conceded 9 goals in these meetings. In his last home game, Jürgen Klopp’s team achieved minimal success with 1-0 against Everton, before beating Sheffield United 2-0.

Manchester United enter this match in a series of 2 consecutive wins. Ole Gunnar Solskjær’s team battled for a place in the FA Cup Round 4 after beating Wolverhampton Wanderers 1-0 in the middle of the week in the home crowd with Juan Mata’s only goal in the match. In the Premier League last round, Man United won 4-0 at home against Norwich. However, in their last visit to the league the team lost 0-2 to Arsenal.

Manchester United performs poorly away from home in the Championship, winning only 27% of their matches. The team has scored 12 points in 11 Premier League fixtures. Their upcoming rival Liverpool is phenomenal to Anfield and our value soccer betting tips was that the hosts will win this match.